WebAssembly: The future of cloud computing

I’m always looking for the next thing – the next technology game changer. The problem is… game changing technologies are rare. Think; virtualisation, cloud computing, and containers.

Well… lucky for me (and you) we’re about to experience the joys of another game changer, and it’s called WebAssembly! Or is it called Wasm?

The three waves of cloud computing

I won’t bore you with the details, but we’ve had the first two waves of cloud computing, and we’re about to experience the third.

The first wave was built on virtual machines. They were great, and we still use them today. But innovation never sleeps, and it wasn’t long before the second wave arrived.

The second wave of cloud computing was built on containers. Among other things, they’re smaller, faster, and more lightweight than virtual machines. Again though, innovation never sleeps, and it wasn’t long before the third wave arrived.

The third wave of cloud computing is here, and it’s being built on WebAssembly. And las you’d expect, WebAssembly is smaller, faster, and more lightweight than containers. It’s also more secure and more portable, but we’ll cover that in a future post. 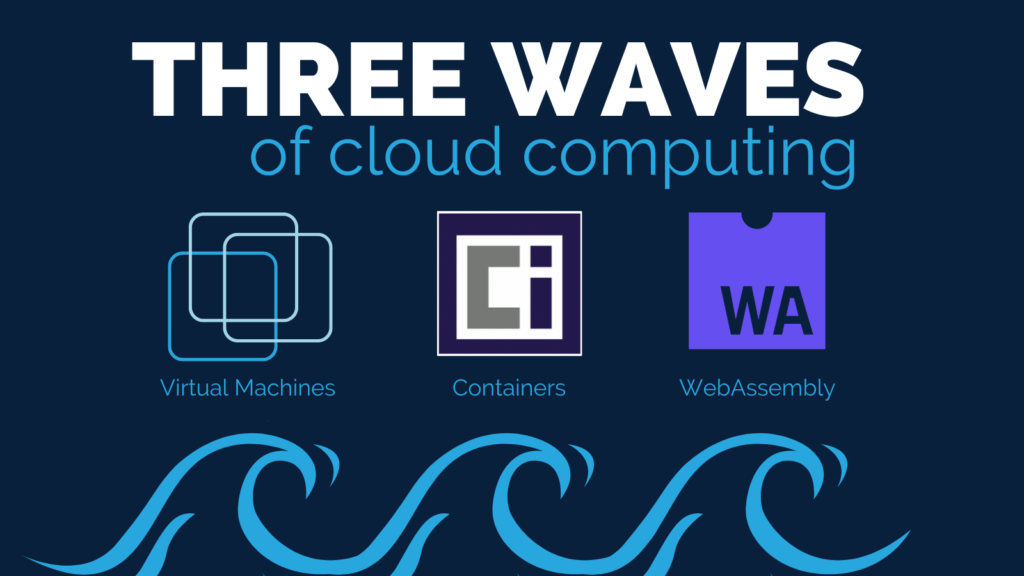 Over the next few years I expect all three to work together. Containers will continue to be a growth area and be the go-to solution for most people, with VMs and WebAssembly being used for specific use cases. However, as tooling and the ecosystem matures, I fully expect WebAssembly to become more and more dominant – in the same way containers have slowly taken over many VM use cases.

As you get started with WebAssembly it won’t take you long to notice we flip back and forth between calling it WebAssembly and Wasm.

And I get it, this isn’t a big deal. Or is it? I mean, which of the two do I use in the title and metadata of this article for best search rankings?

Now then, we’re going to get into loads more detail in future articles but that’s all for now, next in the series… What is Cloud Native WebAssembly.