How to write Kubernetes YAML 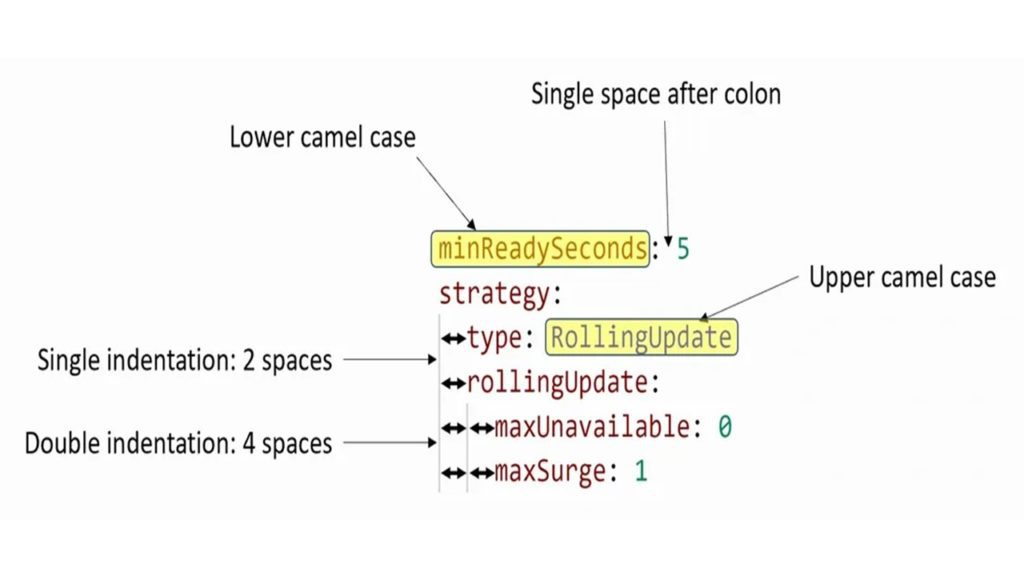 Most people find it hard to get their heads around Kubernetes YAML. This is normal and nothing to be ashamed of. Fortunately… once you get your head around it, it’s pretty simple.

So here goes with a few ways to get yourself comfortable with Kubernetes YAML files.

People always ask me if I’ve got any resources for writing YAML files.

The answer is “no”. And the reason is simple… I almost never write YAML from scratch. I always copy an old file and tweak it for my current requirement.

I’ve been doing Kubernetes for a while now, so I’ve got a decent store of YAML files that can I can re-use and tweak. But if you’re new, just Google whatever you need.

Extract a YAML from your cluster

Another way to get an existing YAML file is from existing Kubernetes clusters.

You can use the returned YAML as the basis for a new StatefulSet YAML file. You can also inspect it and learn some of the more advanced properties that you can set on a StatefulSet object.

If you use this YAML as the basis of a new YAML file, you’ll need to delete the status section.

kind tells Kubernetes what type of object is being defined (Pod, Deployment, ConfigMap etc.) and apiVersion specifies the schema version of the object. metadata is where you give the object a name, as well as apply labels and annotations. The spec section is where the object is actually defined.

Every property is defined as a key:value pair. The key portion is immediately followed by a colon, and then one whitespace before the value.

You should always use two spaces for each level of indentation. For example:

Use a code editor

My final piece of advice is two write and modify your Kubernetes YAML files with a code editor that has a Kubernetes or a YAML plugin. I use VS Code.

Using an editor like this gives great features such as tab completion, colour coding, and a linter that highlights potential errors and misconfigurations.

Where to learn the Fundamentals of Kubernetes YAML

MSB.com has some great content on writing Kubernetes YAML.

The platform has some features that make it really easy to learn the structure and properties of Kubernetes YAML.

For example, the image to the left shows the mouse cursor hovering over the description of some YAML. At the same time, the correct lines of the YAML file are highlighted below.

This can be extremely powerful when explaining YAML files — it’s really simple to see which lines and blocks of YAML are being referred to.

It also has hands-on labs for writing and deploying YAML files.